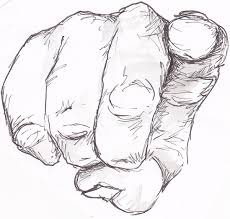 The Pyrates Confraternity (PC) a.k.a. the National Association of Seadogs (NAS) has many self-ascribed ‘codes of honour’ it often fails to keep because it lacks the requisite focus to enforce them consistently. Then there are those codes they cannot keep but violate secretly – the “Don’t Be Caught” or “Don’t Flaunt It” rules apply. NAS frowns upon its members procuring or accepting chieftaincy titles under the edict of “Against Moribund Convention”. Princes though, are permitted to be what they are by birth and ascend the throne of rulership when necessary. However, last weekend the Pyrates Cap’n of NAS International convened an emergency international convention at very short notice, apparently not to resolve unforeseen developments affecting the confraternity but to celebrate the conferring of a chieftaincy title upon him. A NAS rule was broken conspicuously by its own leader with convenience and ‘legitimacy’ of an official function.

Even if Wole Soyinka, the supreme head of NAS, has had chieftaincy titles conferred upon him, he has never publicly accepted or identified with any of them. There are numerous eminent Pyrates who have refrained from procuring or accepting chieftaincy titles just because they were sincere to their fraternal beliefs. Those were the Pyrates of old who believed in the 4-7 Creed and authentic Pyratism, not the decadent and venal ones of the present day. What message is NAS sending to its increasingly demoralised members and the skeptical public, when its executive leader uses a well-orchestrated fraternal event to celebrate his acquisition of a traditional title?

Somehow, the Pyrates Cap’n (and his ever-fawning gofers) proudly claim that the traditional ruler who conferred the title, forced it upon him with outright duress. And it was an “accidental coincidence”. There is nothing wrong whatsoever with becoming a chief. What is wrong is when the head an organisation that disapproves of the practice very conspicuously executes the same with his unquestioning executive council in attendance. Excellent obedience by so-called ‘liberated minds’? Delegates were compulsorily summoned from each of the 54 chapters all around the world [at much cost and inconvenience] to attend the thinly disguised self-aggrandising event. All grumbling and discontent was ‘systematically’ muffled.

What was discussed at the emergency international convention? Firstly, it was used to ‘re-expel’ a member when the rules at the current time firmly prohibits any expulsions from the confraternity. The re-expelled member and another member (long-expelled) were recommended for permanent banishment by the Pyrates Cap’n. This was something he could have done from the convenience of his bedroom or toilet. More intriguingly, the convention was used as a stratagem to undermine the powers of Wole Soyinka as the supreme head of NAS. If the Pyrates Cap’n wanted to carry out a mutiny (vote of no confidence) against Soyinka [what was intended but the testicular fortitude was lacking] they are still saddled with “The Man” and all his privileges and powers. Wole Soyinka legitimately remains Uno Numero unobstructed and no constitutional amendment can change that. Convention over.

The next time the NAS executive calls a compulsory-attendance emergency international convention, it might be for a house-warming party.

One thought on “Pyrates and Chiefs: Twisted Rules”